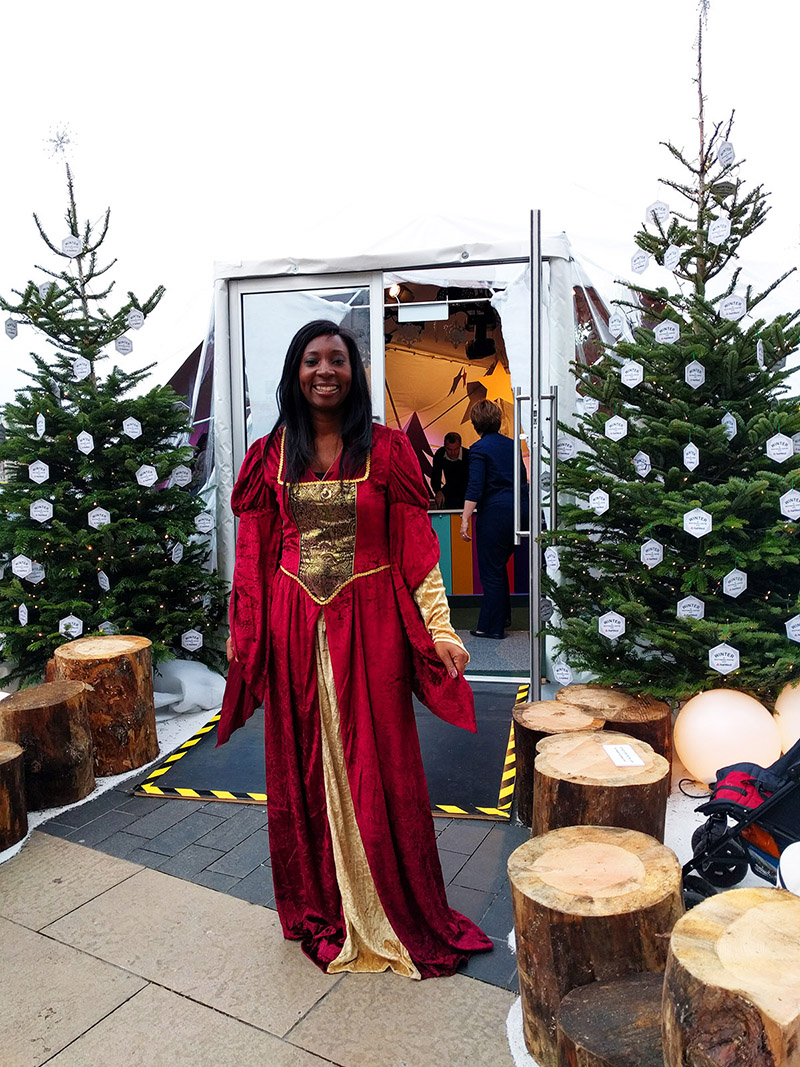 The gift of giving

It’s been a wonderful lead up to Christmas 2015 telling magical winter stories at Southbank. I was really pleased to be part of their charitable season of giving where Natwest were fundraising for the Evelina Children’s Charity in their Natwest Family Fun Zone. Every day in the run up to Christmas, I was storytelling in a festive white dome with children of all ages.  The theme was ‘the gift of giving’.  Two of the stories I told are quite well known: The Golden Goose’ where the youngest son shares his food with a hungry old man. ‘The Princess and the White Bear King’ where she uses determination and great courage to rescue a Prince and share her gifts with hungry children.

The last story was set in London, right there on the Southbank.  As I’d previously done when storytelling at Tower Bridge, I wrote a tale based in London with the themes of giving, courage and determination.  My story was called ‘The Magical London Journey’ and was inspired by Aaron Becker’s beautifully illustrated story ‘Journey’.

I loved telling this story because I encouraged children to imagine what they would draw with a magic pen if they could travel around London as part of the story.  Their answers were always magical and it was so much fun to have them create the story with me.  We were trying to rescue a beautiful bird that had been captured in the Tower of London and so in my story we journey around the Southbank and visit lots of London attractions.

Every day, children from as young as 2 and as old as 12, would sit mesmerised and engaged with whichever story I was telling.  I always make the tales interactive and ask children what they would do, in this way we create the stories together.  Younger children love coming and helping with a small prop and at one point, I had 6 children attached to my golden goose, marching around the white dome!  It was so much fun and good to know that we were also raising lots of money from all of your donations.  Thank you to everyone that came along and joined in.  You made the winter season of giving, even more special.