I was absolutely delighted to be invited by Nell Phoenix to tell stories for her monthly Story Night at Torriano. It’s a wonderful storytelling club for adults in Kentish Town, that was in fact celebrating it’s 9th year this month. This post is about how I found my connection with the stories I told that night. 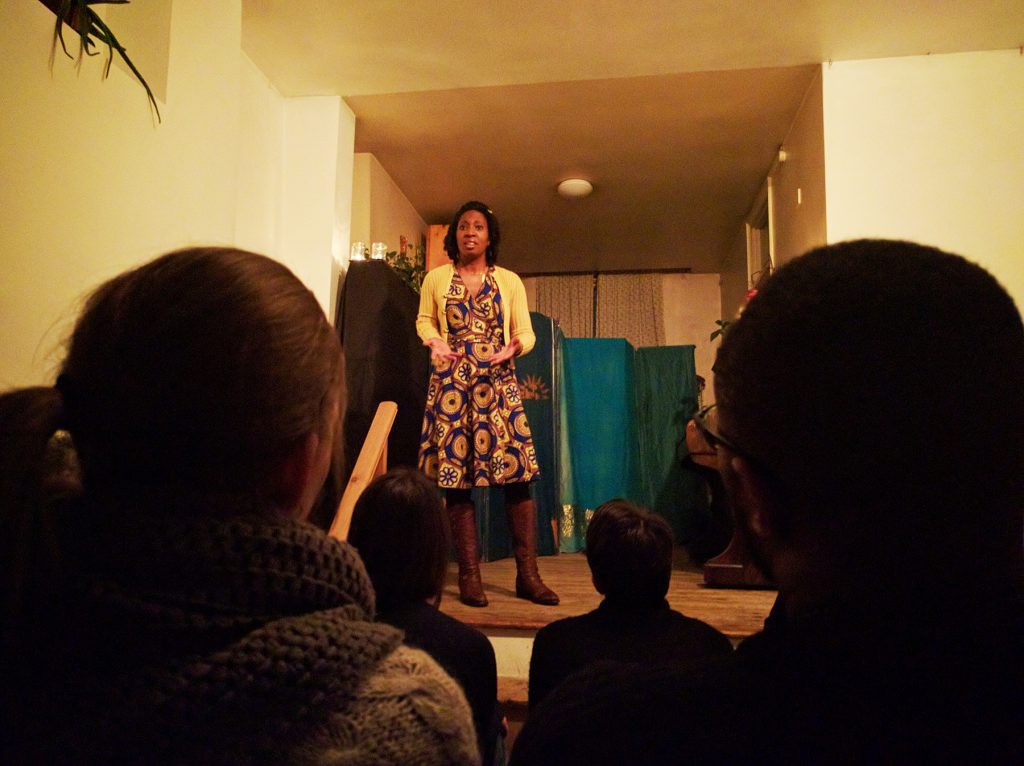 As a performance storyteller, sometimes I’m given a brief or a theme to guide me with my choice of stories but for Story Night I could choose whatever traditional stories I liked.  I’d been working on a story from Nigerian writer Amos Tutuola.  It’s about two girls and called ‘Don’t Pay Bad for Bad’.  Which can be interpreted as ‘don’t repay spite with more spite.’ For some reason I was drawn to the close relationship of these girls who grew up like sisters.  They played, protected and sometimes hurt each other as siblings know how.

The other story I told was about the death of the Egyptian God Osiris.  My version of this story focuses on the  relationship between Osiris and his envious brother Seth.  I’ve told this story at the British Museum and thought it would be enjoyed by the story loving folks at Torriano.

It occurred to me that both of my stories for that evening were about sibling relationships and I knew that my connection with the stories would not only be from their culture and countries of origin, but from the relationships between the characters.  I’m the eldest of three children but my sister recently died last year in horrid 2016.

I didn’t share that news with everyone listening, but I did share some of the scenes of our childhood.  Scenes from a Guyanese household in South East London during the 80s. I felt sure that others could relate to these scenes and for some reason these short stories were bursting to be told.

For instance, it didn’t matter where I wanted to go in my early teens – the park, shops, cinema. I was often made to take my sister with me no matter how much I protested and so we were practically joined at the hip. A little bit reminiscent of the girls in my story. They did everything together and so were very close.

It was a bit of a gamble sharing my connection with the stories because I had no idea how I’d feel when it came to talking about my sister who is no longer with me. But in the intimate setting of a storytelling club, I knew that my own personal experience was going to be right there with me and somehow I had to share it.  So I decided to embrace the memories and share the emotions which is what perhaps drew me to these stories in the first place.

I’m wondering if that’s what makes storytelling so powerful and alive – if you can somehow find your connection with the stories you tell.  Do you ever get drawn to stories? Are there times when you just have to tell a particular story?  I’d love to know.