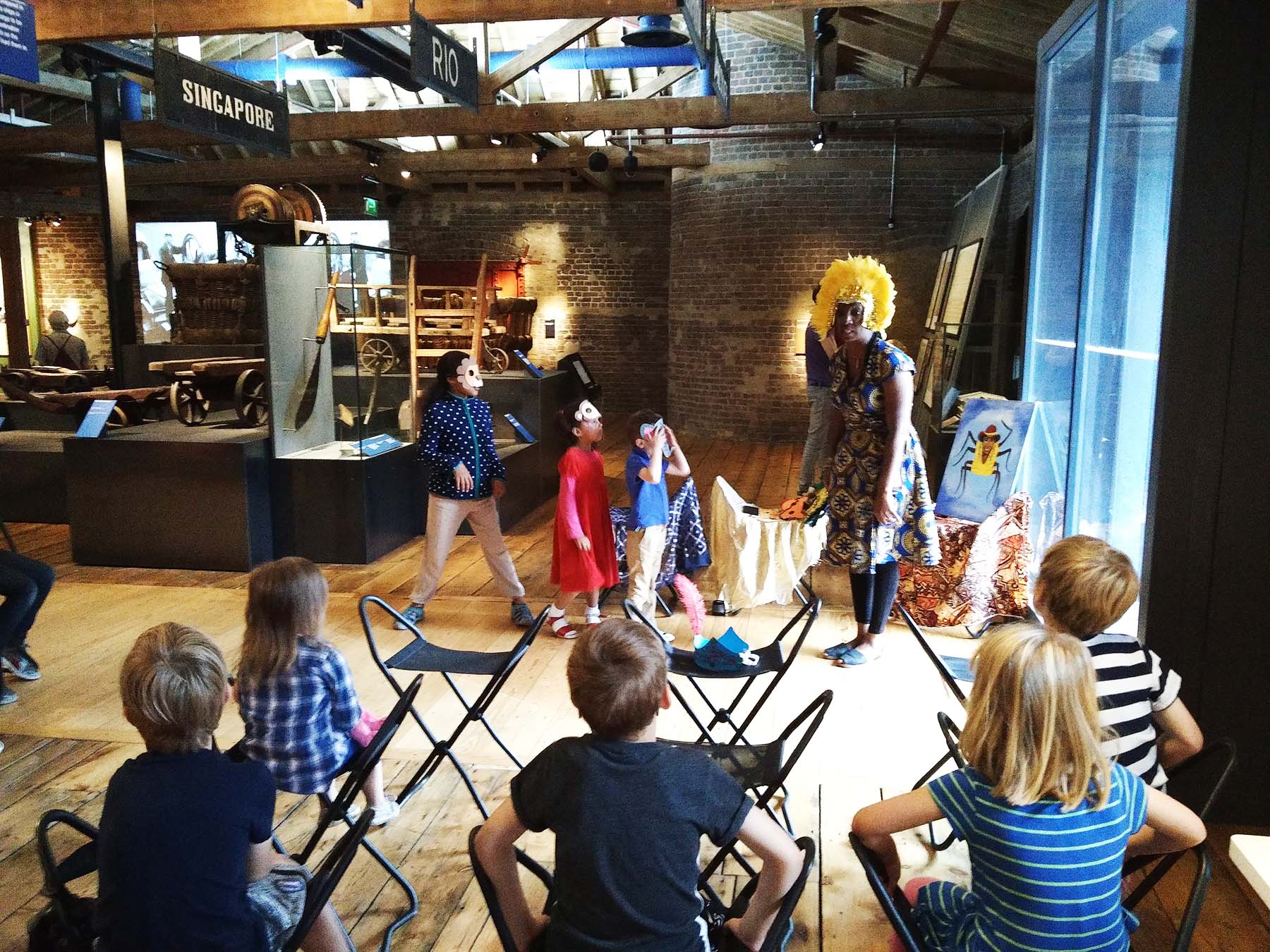 This year marks the 50th Anniversary of independence for Barbados and other Caribbean islands.  I was asked to tell Caribbean stories at the Museum of London, Docklands as part of their celebrations for their wonderful festival ‘Hello London, Hello Barbados‘.

The  Caribbean festival took place over the weekend of 13th and 14th August.  It was a vibrant, colourful weekend of Caribbean culture including steel pan workshops, Calypso entertainers, a choir, Bajan food, arts & crafts and me storytelling with tales from the Caribbean.

I was located on the 3rd floor in Warehouse no 1, overlooking the river Thames.  The perfect backdrop to stories which have sailed from West Africa to the Caribbean and eventually here.

I’ve told stories of Anansi the spider and his friends, many times in schools and at family festivals.  For this festival, it was different.  There were sometimes 3 generations of families and friends listening to me – Grandparents, parents, uncles, aunties and children.  It was such a remarkable atmosphere to be a part of.  As people entered the room, I listened in as parents and elders looked at one of my paintings and asked children “Can you name that character?  Do you know who that is?” Quite often, they’d reply before waiting for an answer: “It’s Anansi the spider!  I grew up hearing those tales”. This often led to a chat with me about the stories and the memories it invoked about hearing them as children. 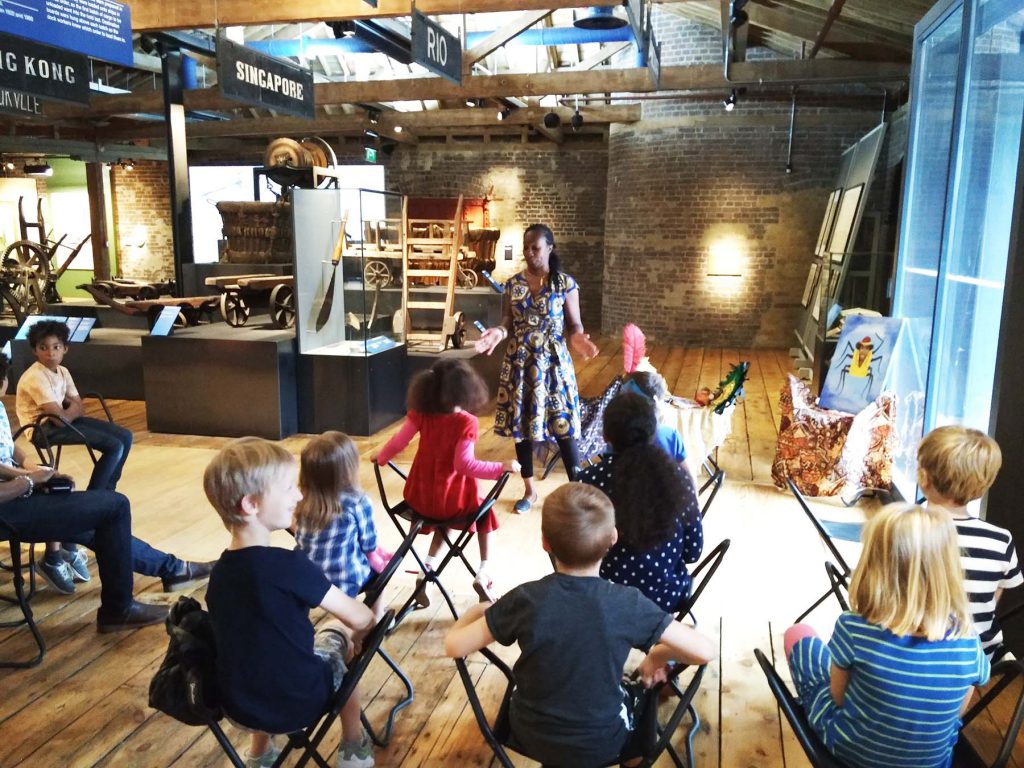 Telling Caribbean stories to a room full of different generations was an amazing experience for me.  The eyes of youngsters and elders lit up in amusement as they began to understand the trick of the trickster.  A father with his young daughter, echoed my repetitive call and response in his strong Bajan accent “Eh eh, you are as silly as a long legged giraffe..” To introduce the trickster character I began by describing some of his traits and led on to checking if anyone knew someone like that in their family.  You’d be surprised how many sons, daughters and partners quickly raised their hands or pointed to someone in jest.  The laughter ensued as it was agreed that there were a few lazy, greedy tricksters among us!

In one of my sessions, I noticed that a few children were reluctant to come forward and act out some of the story with me (I get them to wear masks and become one of the characters).  I thought perhaps they were a very shy crowd but it turns out that they were so engrossed with the story, they just wanted to listen!

I had the most wonderful time telling Caribbean stories at the Museum of London.  The festival was electrifying and I even got time to explore and join in with a few activities myself.  There were Caribbean Quadrille Dancers who did a fantastic performance, a stunning array of costumes to try on, a family carnival parade, traditional Barbadian sweet making and my favourite was taking part in a steel pan workshop lead by the Steel Pan Trust.  I’m definitely hooked! Aside from the brilliant festival, the Museum of London Docklands, has so much to see and explore for all ages.  It’s a truly interactive experience – a gem in the east of London.